Starting life in 1936, the first Goose was built to transport wealthy businessmen from Long Island to New York City. By the onset of the Second World War, these “flying yachts” were serving more pedestrian roles with commuter airlines and the US Navy and Coast Guard. Gooses (yep, that’s what Grumman called them!) were operated by many nations during the war—including Japan.

Grumman stopped production in 1945 after 345 copies, but the Goose lives on. The Goose has been a staple of island hopping whether that be along the rugged coast of Alaska or the sunny Caribbean. The type is so well-loved that in 2007 Antilles Seaplanes announced that it would begin building brand new airframes to shore up the dwindling number of originals (unfortunately this project has stalled.) Hollywood has also given the Goose a central role in the TV cult classic Tales of the Gold Monkey, a cameo in the opening of Fantasy Island, and many other appearances.

In 2011 I heard that Model Aviation magazine was looking for a Goose design in the 48” range to meet a consistent demand heard at AMA’s Plans Service. I took the job and bumped the wingspan to 49” so that our Goose would settle in at an even 1/12 scale. My goal was to use old school stick frame construction with modern lightweight electronics to make a floaty plane that could be flown in and out of tight spots. The article ran in the May 2012 issue of MA, and the plan is available through the AMA Plans Service. 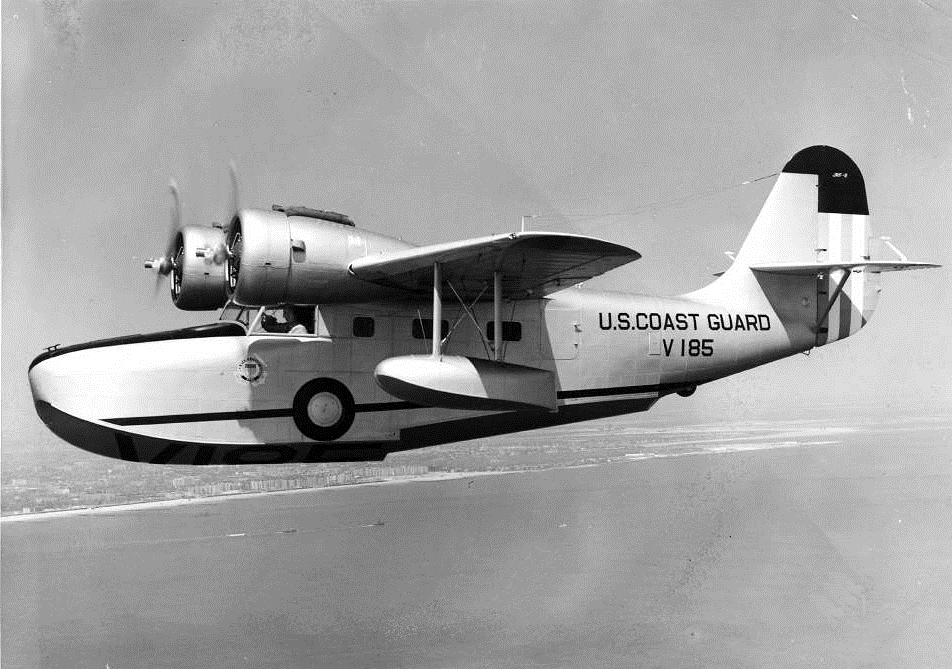 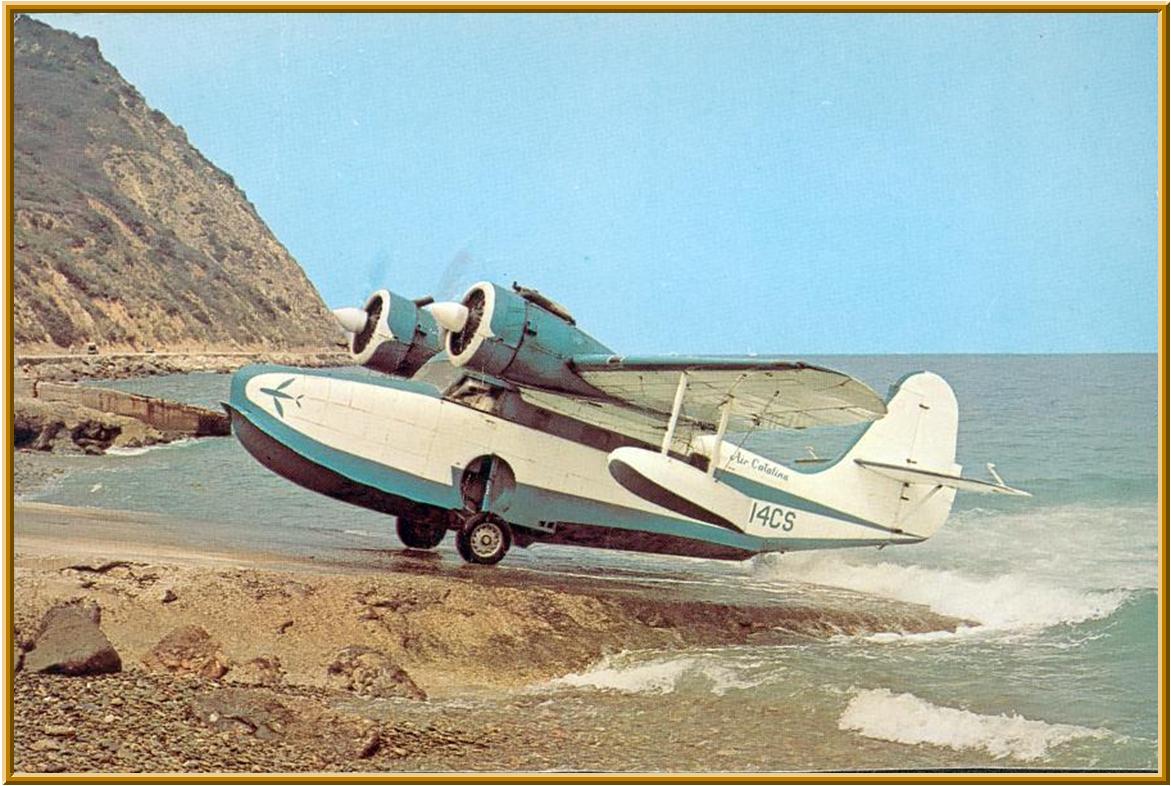 Catalina Airlines flew the Goose from Long Beach to the island for many years.

This shot really captures the thrill of flying off of the water. 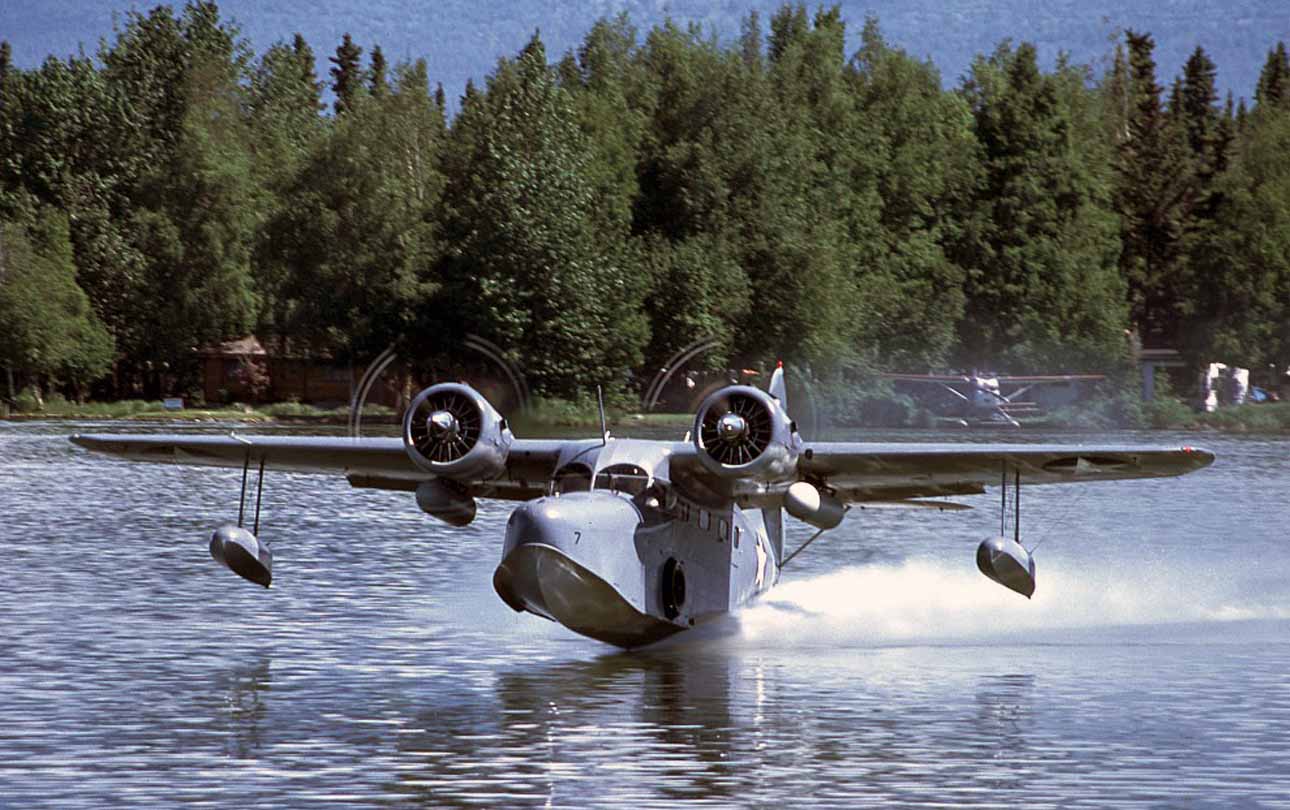 Some things are worth seeing twice. 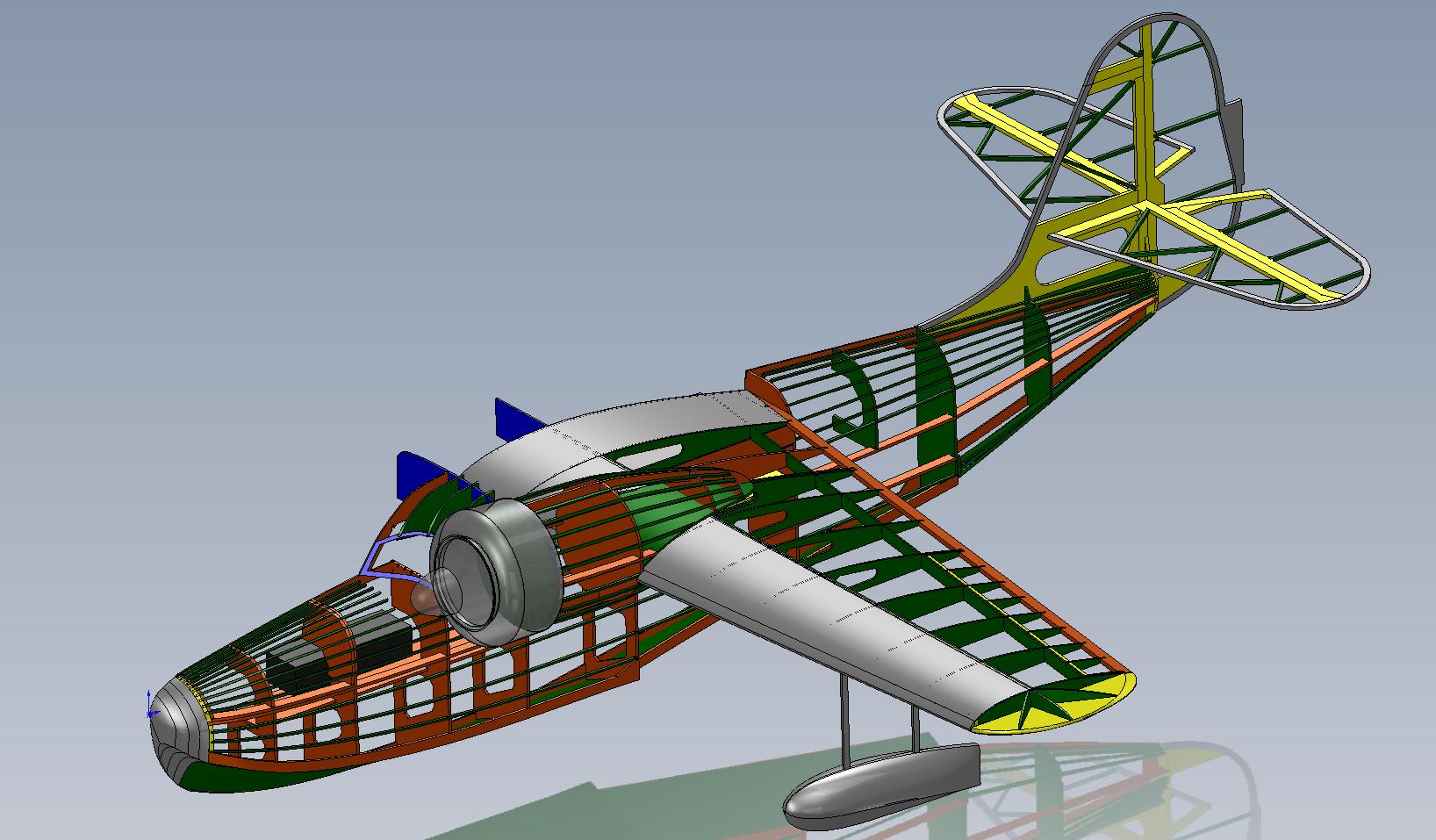 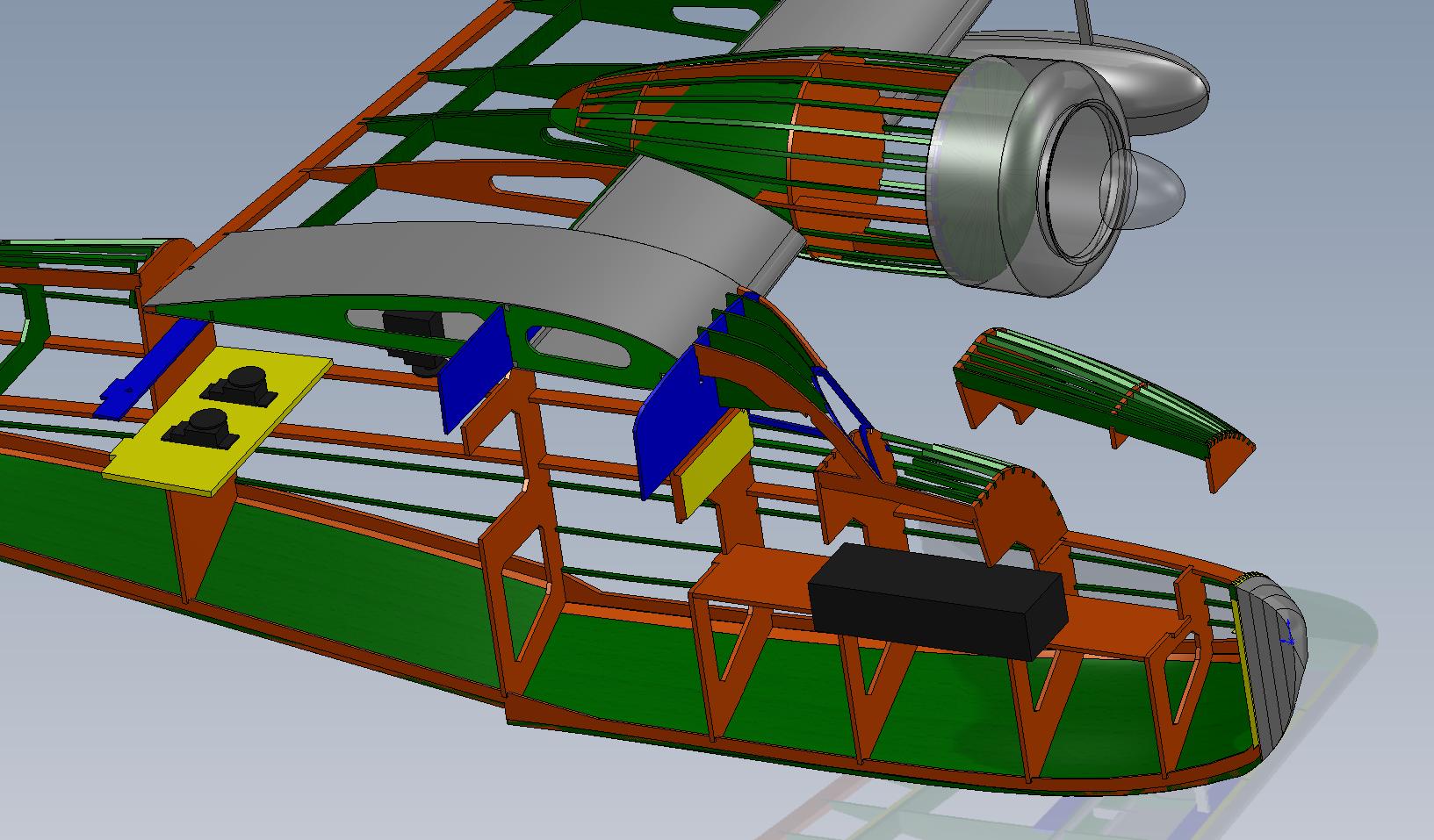 Another shot showing the optional hatch arrangement.
Scroll To Top