This is an airplane that I never thought that I'd build. The Devastator always struck me as an ungainly aircraft, shaped like a guppy and a bit ungenteel with a giant torpedo dangling from its belly. The type's abysmal combat history didn't help either.

Two things changed my mind. The first was the Devastator’s vocal fan club. Several of my friends lobbied long and hard for me to design one. Incredibly, they found it attractive. They really liked the option to finish it in the colorful prewar schemes as seen in the 1941 movie Dive Bomber. And they pointed out that its proportions were perfect for RC.

The second driver emerged when I read Craig Symond's The Battle of Midway. Reading about the sacrifices made by the men who flew the Devastator made me a fan, too. The short version is that when the US Navy first engaged the Japanese Imperial Navy at Midway, the Devastators were the first attack aircraft off the decks. They had only a general idea of where the enemy was. What little cover could be provided by the accompanying Wildcats became moot when the fighters turned back for lack of fuel. Unprotected and low on their own fuel,the Devastators pressed on. Once in visual range of the Japanese carriers, the Devastators were savagely mauled by Zeroes and then anti-aircraft fire. Only 6 of the 41 Devastators launched that day made it back to their carriers. It is unknown how many Devastators were able to drop their to torpedoes, but it was only a few and none harmed a Japanese ship.

Strangely, the disastrous performance of the Devastators was the key to the US victory that followed. Dauntless dive bombers arriving behind the Devastators found the skies nearly free of Zeros—the latter had expended their fuel and ammunition. Virtually unopposed, the Dauntlesses mortally wounded four Imperial Navy carriers by the end of the day. 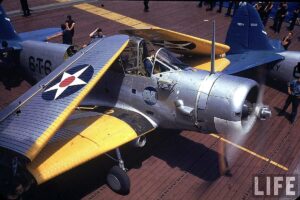 A peacetime Devastator in prewar colors 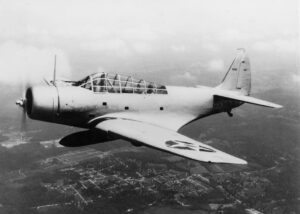 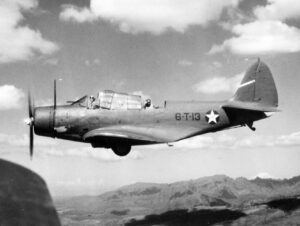 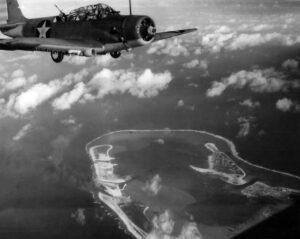 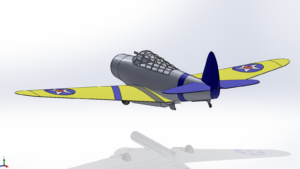 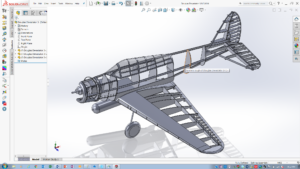 After completing the Curtiss Hawk, I found that I really liked the 60" warbird. The basic design of the Devastator is very similar to the Hawk, but the greater wing area of the Devastator made the addition of more details and features too tempting to pass up. As a result, the Devastator prototype recieved flaps and a working tailhook that were modifications from the base plan. These mods were described on the RCGroups build thread.