The B25 Mitchell served the US Army and Navy in both theaters of World War II. The Mitchell flew for quite a number of other nations around the world as well. Most famously associated with General Doolittle's raid on Tokyo, nearer the end of the war the Mitchell was retooled as a gunship and unleashed on Japanese shipping. A particularly colorful example of a B25 Gunship was Sunday Punch.

Sunday Punch was named for the Oak Ridge Tennesse group that funded her with their Sabbath overtime earnings. This airplane left the States with a brightly painted panel and 12 50-caliber guns pointed straight ahead. Swivel the top turret forward and that was enough firepower to literally cut a ship in half. After arriving in the China/Burma/Indonesia theatre (CBI), the local crew added the fright mask as was the trademark of the group's aircraft. Sunday Punch saw quite a bit of action, and participated in the longest mission of the war (1600mi) but was never hit by hostile fire.

A few years back, my nine year old son proposed that we design and build an airplane together, and I thought it was a great idea. But while I was thinking that we do an L4 or some other simple high wing type of thing, he decides a B25 is the hot ticket. I guess I shouldn't be surprised as he has been exposed to a B25 for as long as he can remember--our neighbor was a part owner of one.

I spent alot of time trying to figure out how to explain the basics of CAD and spatial relationships to junior but that was completely unnecessary. He picked up the essence of SolidWorks so fast that my jaw was slack for most of the creation of the solid model. But once it came time to split that into a framework he got overwhelmed with design considerations like how many ribs, material selection and the like so I banged that out.

We focused on simplicity for this project. No laminated outlines or working rudders, and lots of vacuum formed detail parts to make assembly easy. The original prototype was designed for 24 gram "Blue Wonder" motors but the design will readily accept bigger powerplants.

My son and I worked together on every step of the construction and he was my spotter on maiden day. Not long afterward, his flying skills were strong enough that he piloted the B25 himself. At that point, he became the aircraft commander of the prototype and I had to build one for myself.

My Mitchell was bashed into an H model. This only required that the nose be cut back and replaced with a new, stubby nose to house a 75mm cannon. While I was at it, retracts were added as were larger motors. The airframe handled the added weight without any problem. 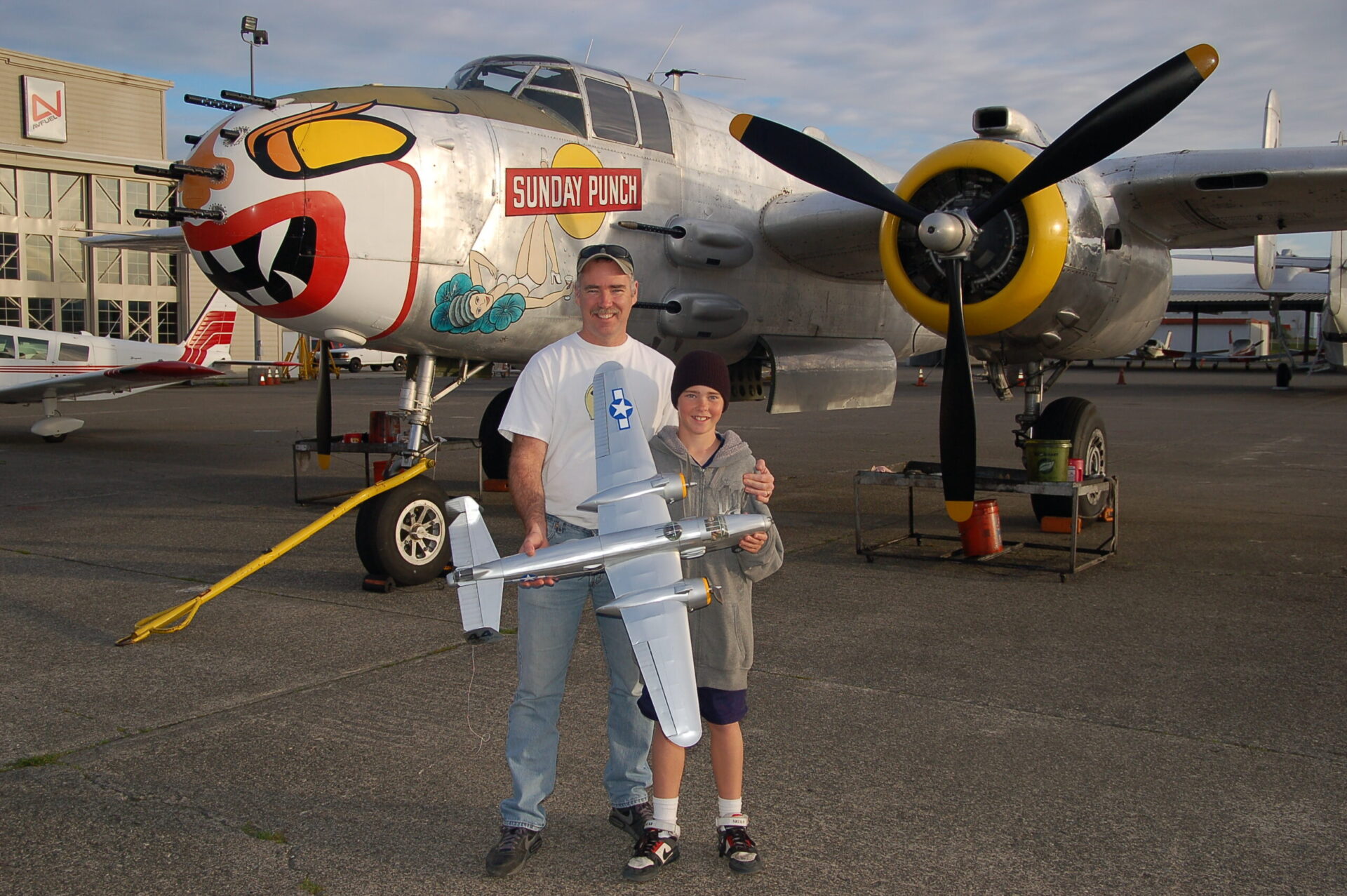 The two designer/builders in front of the real deal. 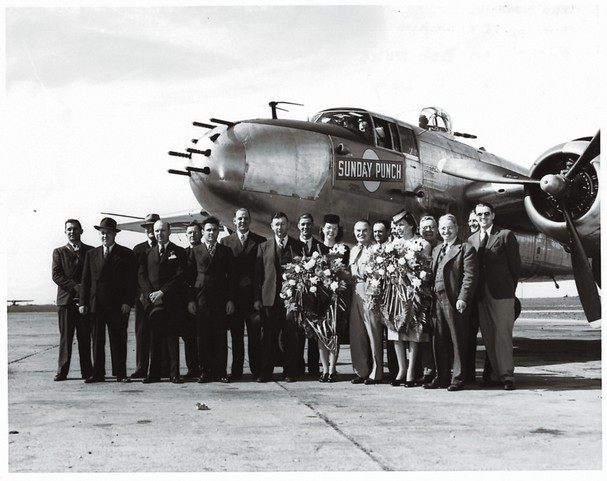 The original Sunday Punch as she appeared on her way to the Pacific. 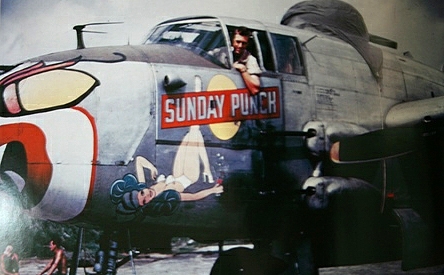 Her fright mask was a trademark of the 81st Bomb Squadron. 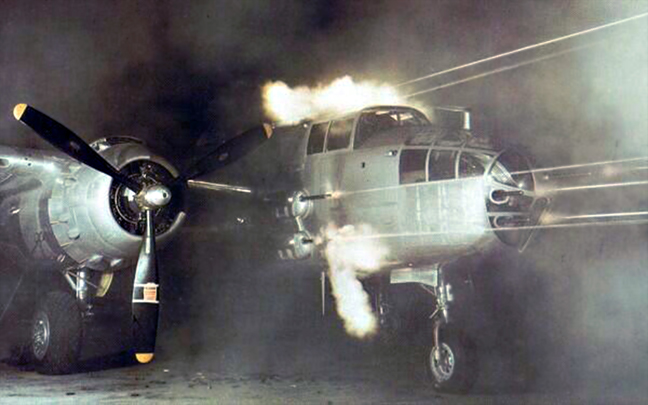 The gunship concept was first applied to J models with the standard glass nose. 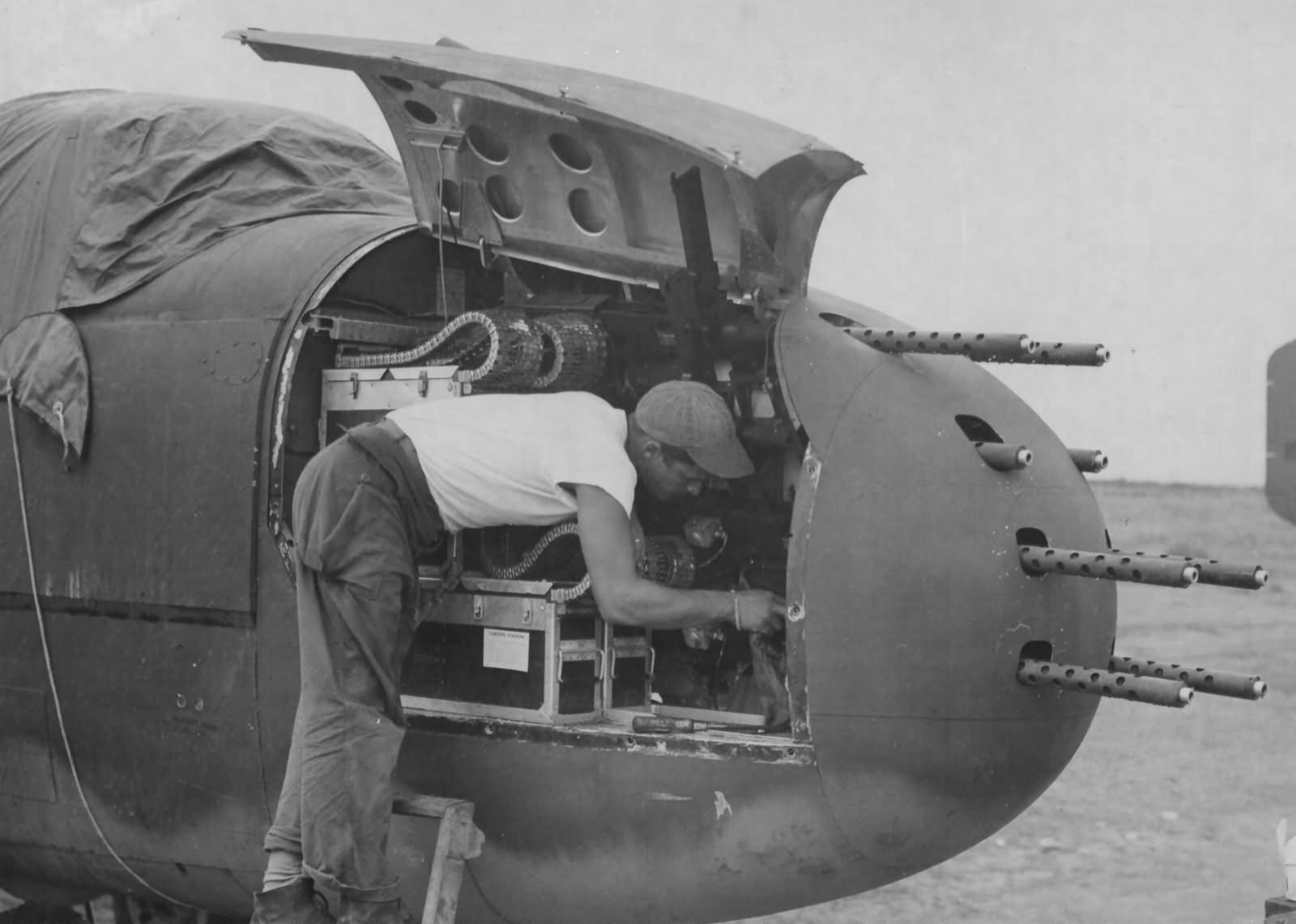 The sheet metal nose that we chose to model housed a lot of armament! 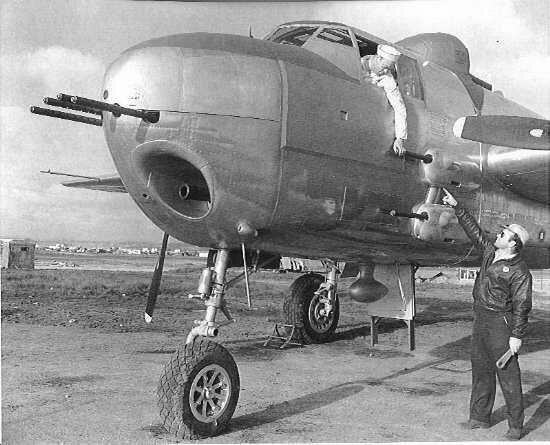 Only the 75mm toting H model packed more punch than a J gunship. 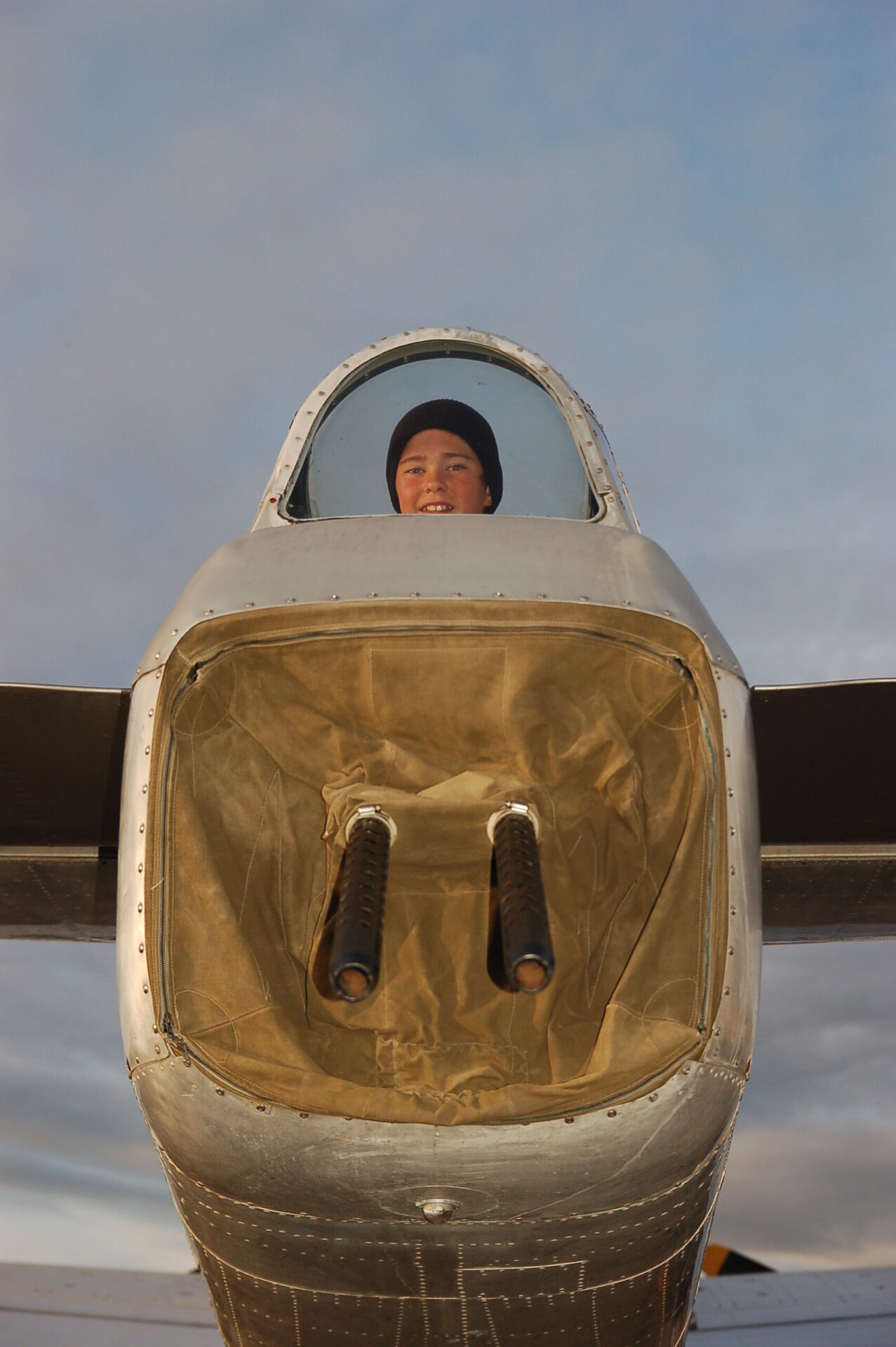 Here's the boy, watching our six. 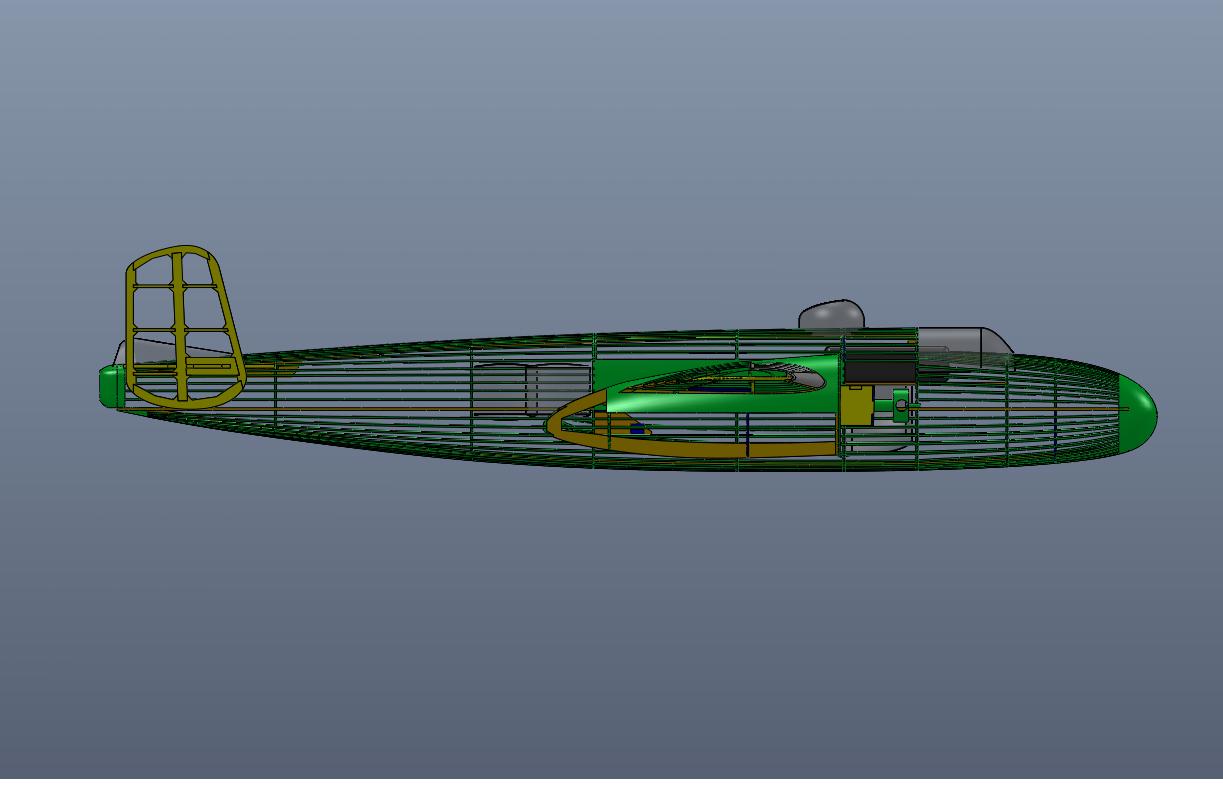 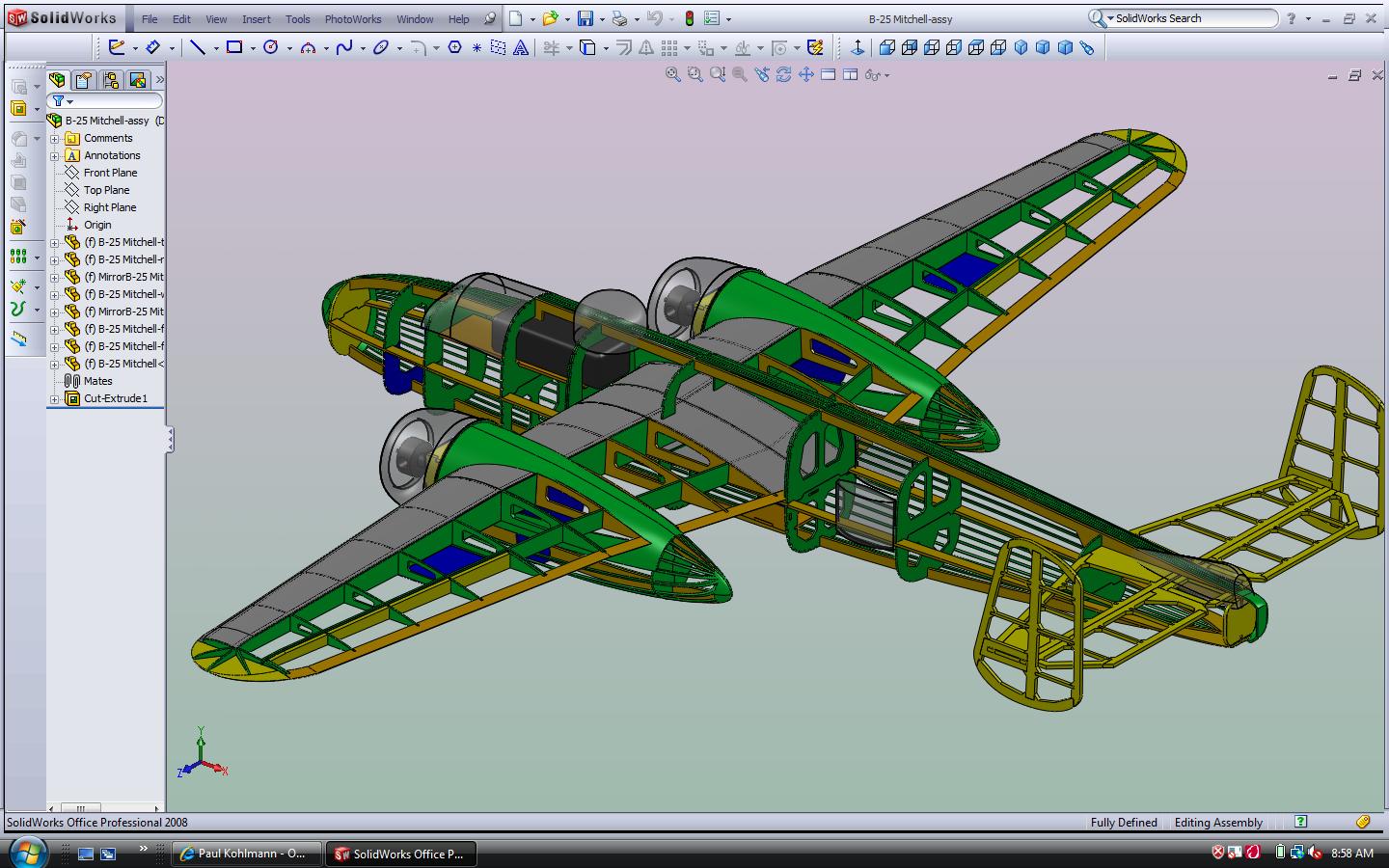 Structure and internals all in place.
Scroll To Top