Although thousands of Luftwaffe pilots fell in love with the 109, Willy Messerschmitt wasn't appreciated by everyone in the aircraft industry. In particular, he had run afoul with Erhard Milch in the 1930's. As the head of the Reich Aviation Ministry, Milch refused to honor Messerchmitt with the "Me" description for the 109. Instead, he insisted that the aircraft be named Bf 109 after the Bayerische Flugzeugwerke plant where it was produced. Bf 109 was the official designation in German government documentation of the time. Of course, the Allies and even Luftwaffe field units were free to diregard this directive.

Oddly, the very first 109 to take to the air was powered by a Rolls Royce Kestrel engine. Because this engine was "upright", V1 had a very different appearance than her progeny. From V2 onward, the 700hp Junkers Jumo 210 inverted vee powered all Bf 109 models until the Emil arrived with its 1100hp Daimler-Benz DB 601. The Jumo-powered birds are identified by their large chin scoop, single small underwing oil cooler, and small carburetor scoop. Several changes were made to the exhaust stacks, ranging from rows of mere holes in the cowling to individual pipes nearly. Many modelers gravitate toward the battle-hardened Gustav and later models, but my preference is for the cleaner lines of the early 109’s from V2 through the Emil. For this reason, this plan focuses on the Jumo-powered versions but details are included in the plans for upgrading to the Emil variant. The addition of the boxy underwing and chin scoops, a supercharger scoop, and the late-style exhaust stacks are all it takes to turn this model into an E.

This 109 was the third in the series of 30" Infield Engineering warbirds. As with the others, the goal was to build a "stick and tissue" type framework powered with a lightweight electric motor. With full house controls she weighs in around 9 ounces ready to fly. 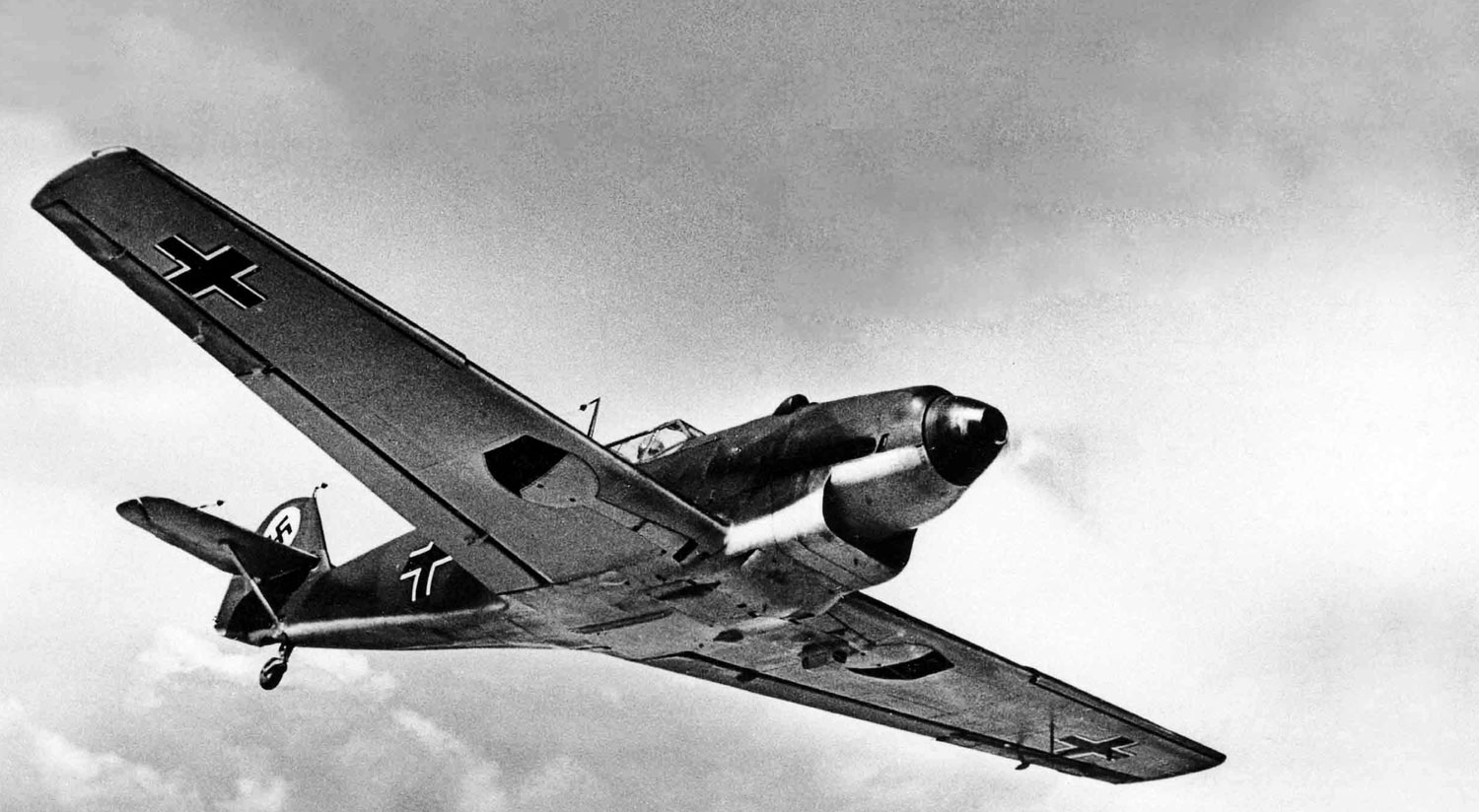 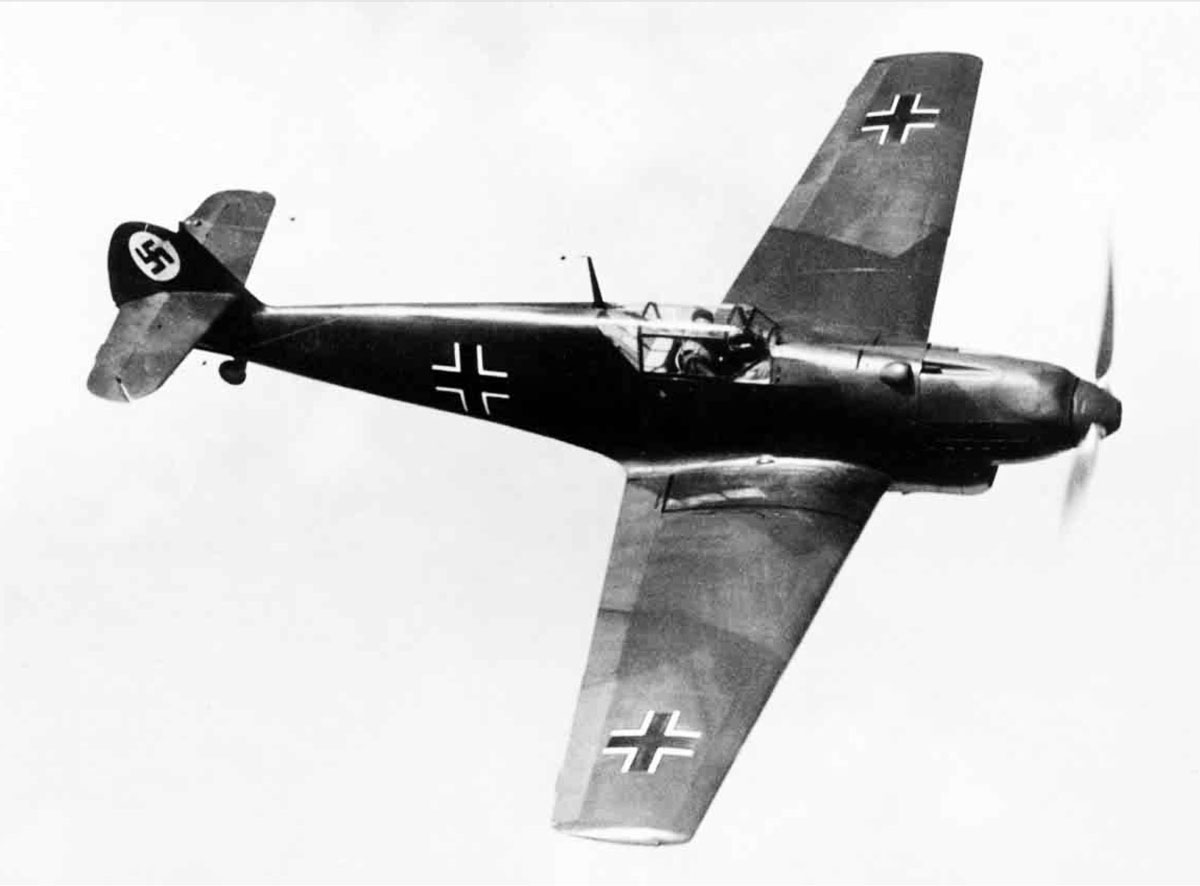 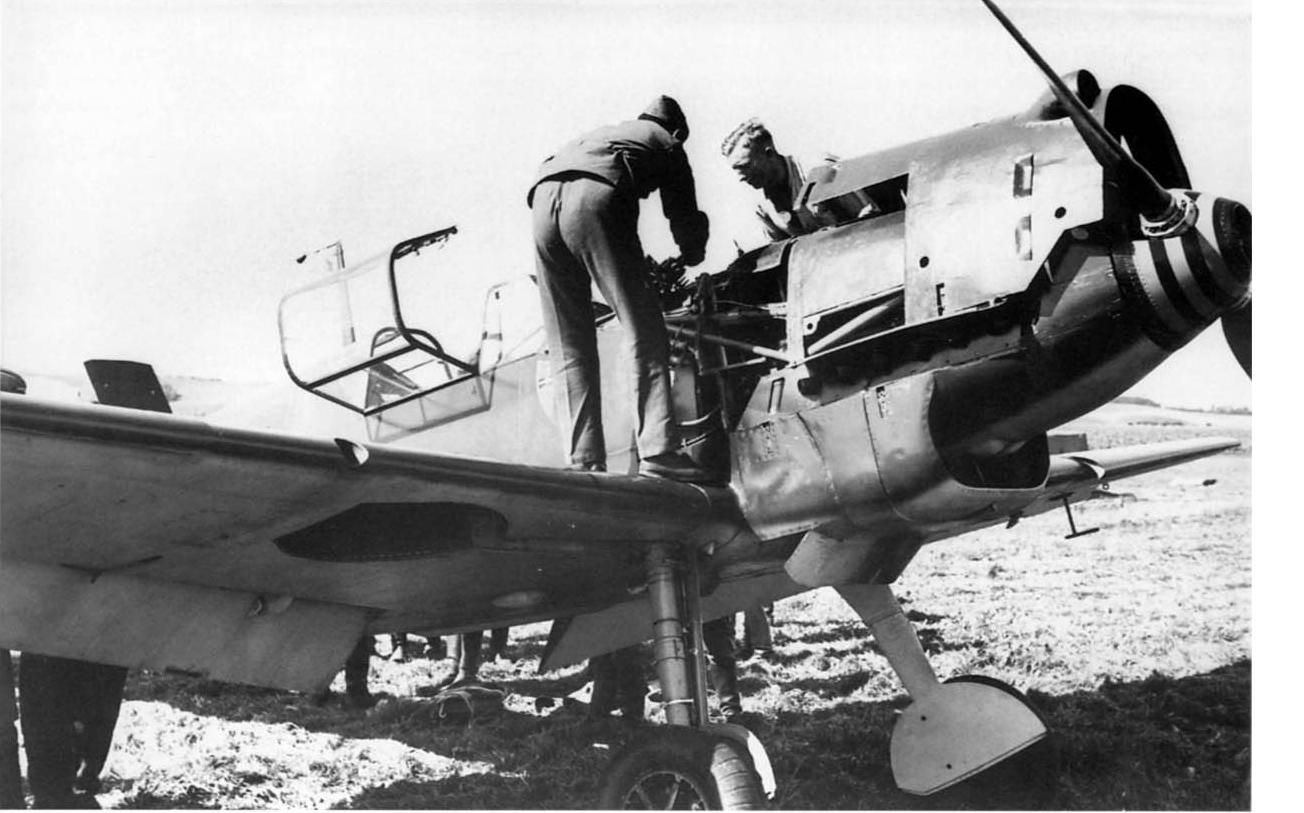 2. A nice study of the that snout. 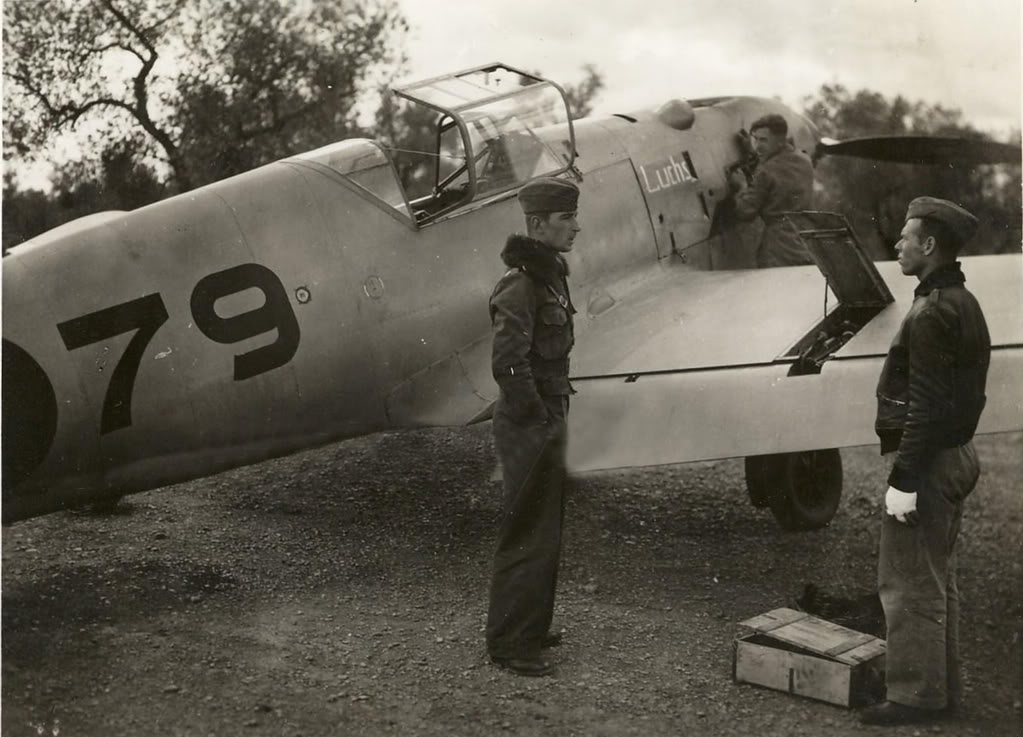 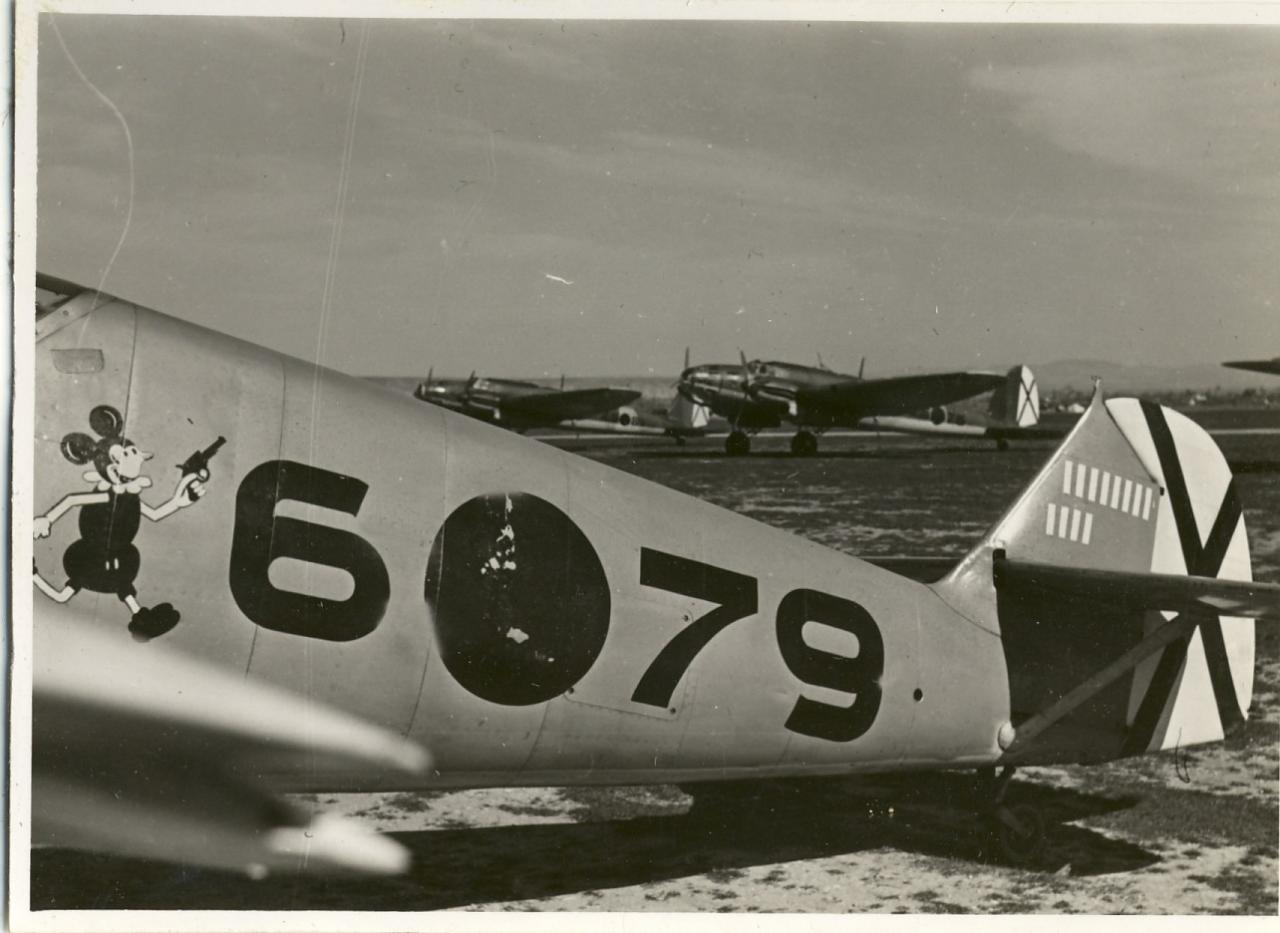 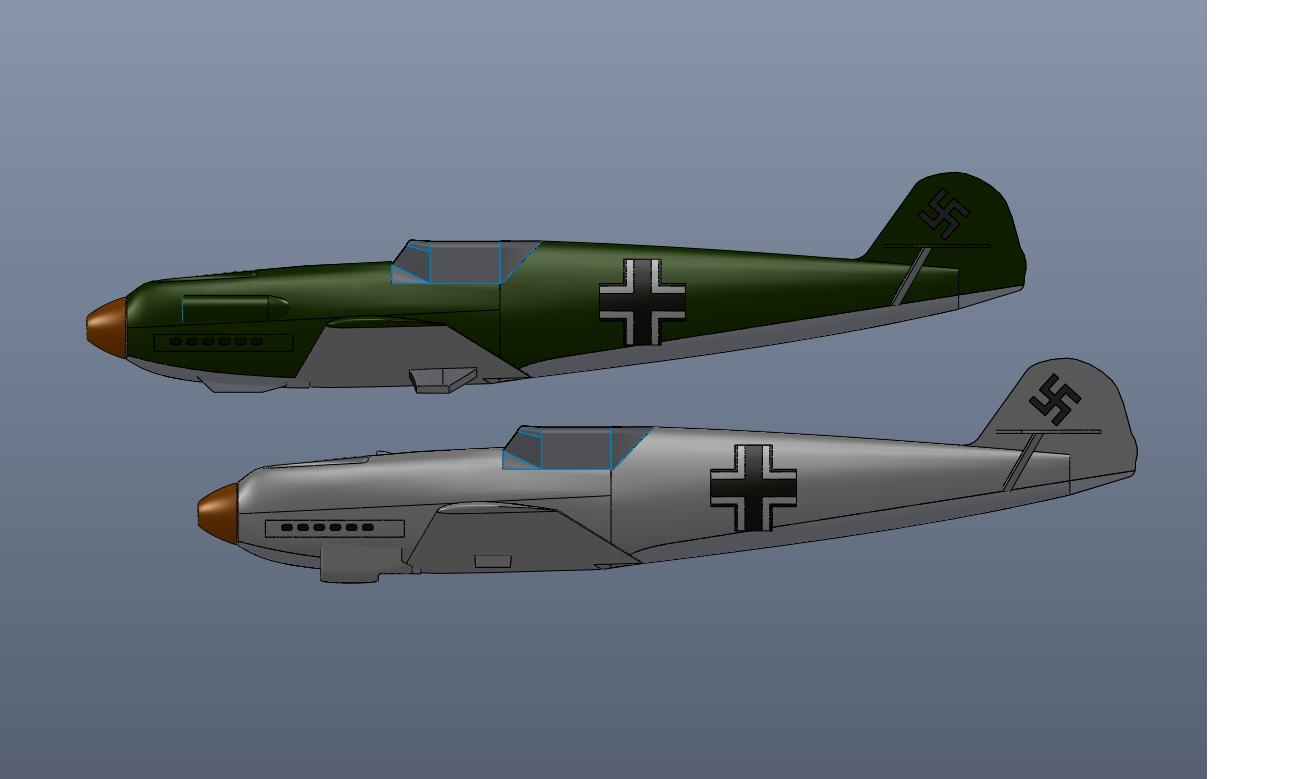 5. A comparison of the early marks and the Emil. 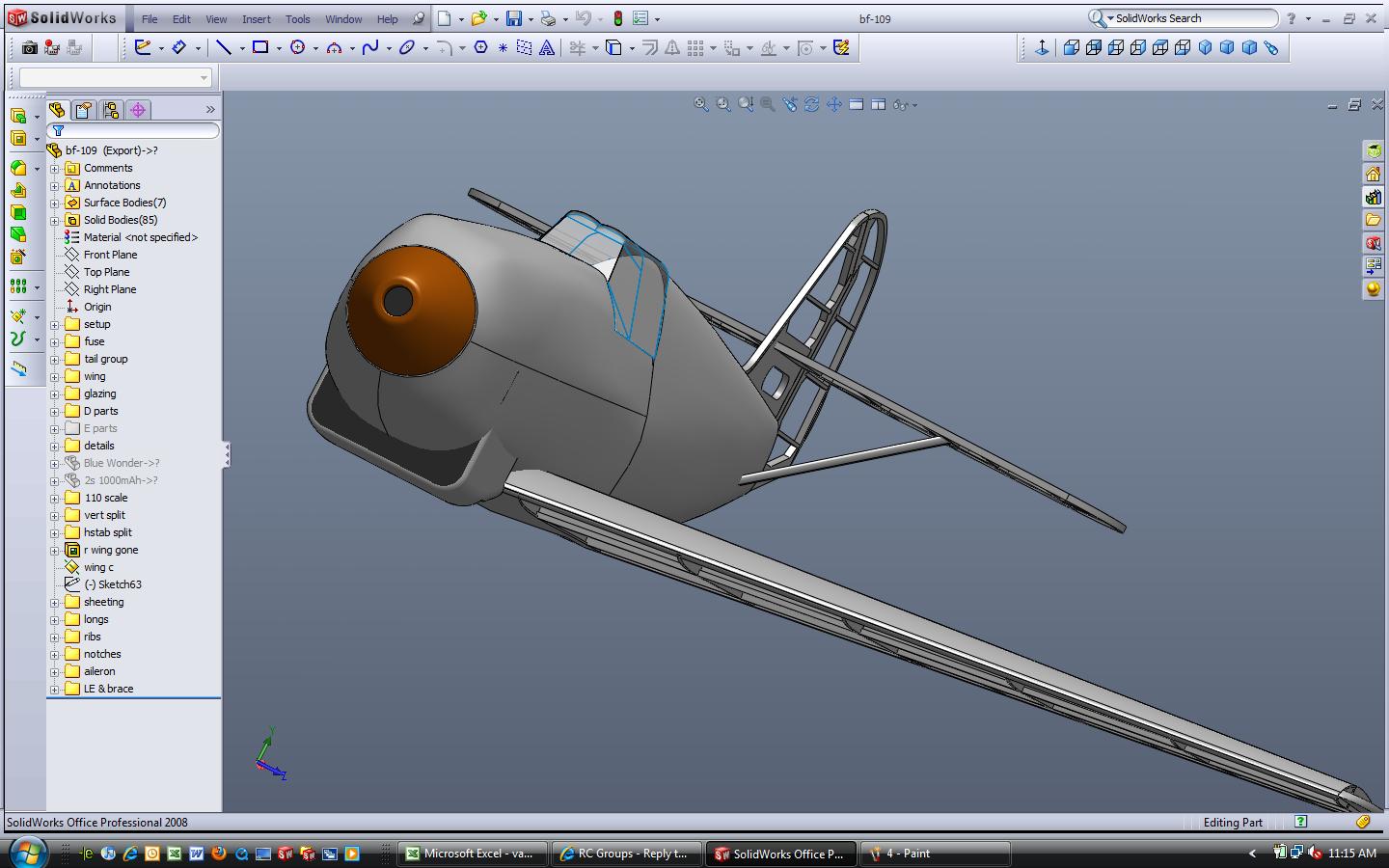 6. The SolidWorks Dora coming together. 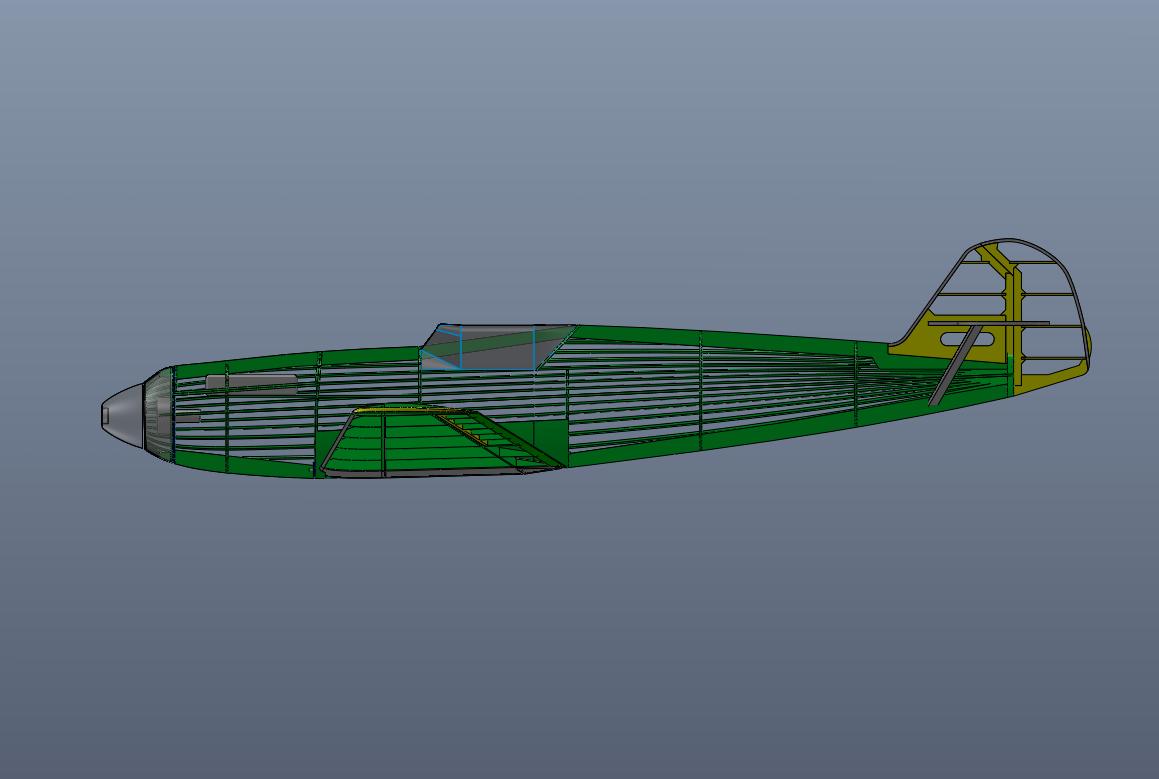 7. Broken down to a framework with internals shown. 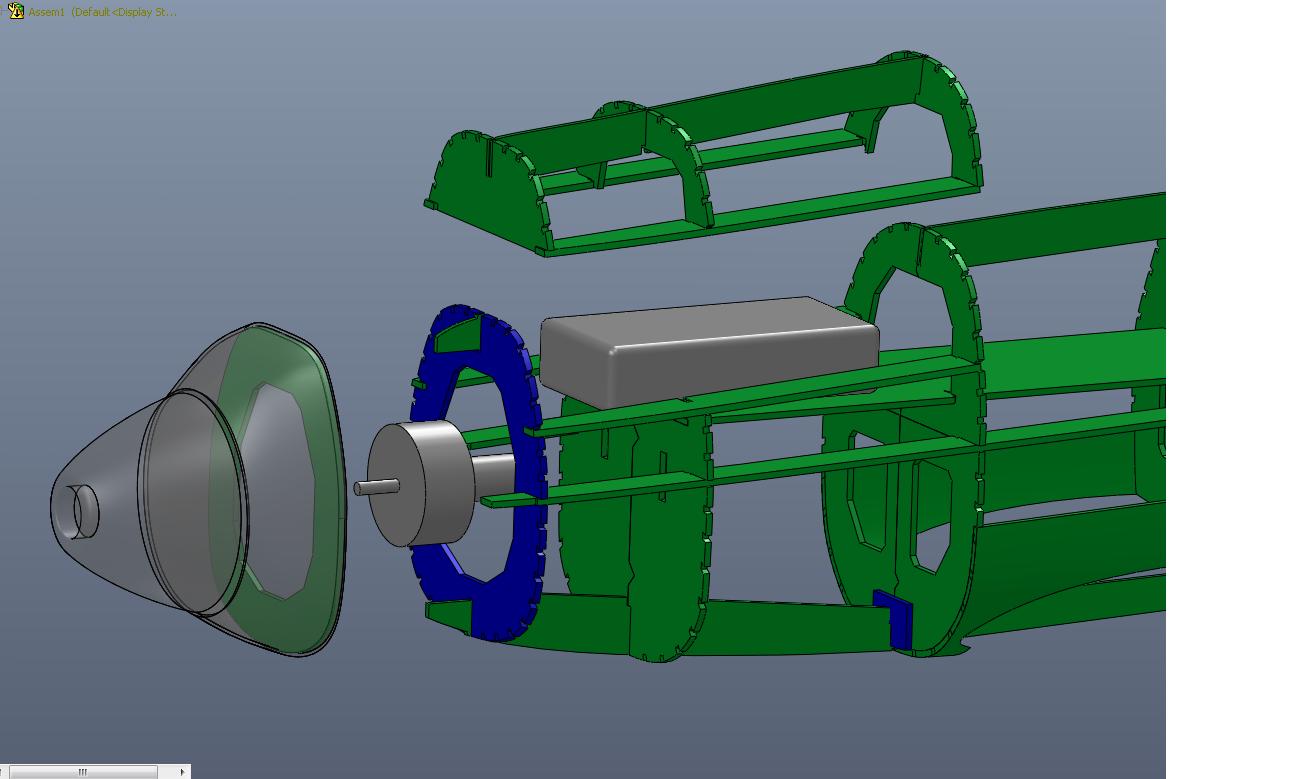